Rachel Nichols will not be the sideline reporter for ESPN during the nba finals when the Phoenix Suns take on the Bucks, the company announced Monday. 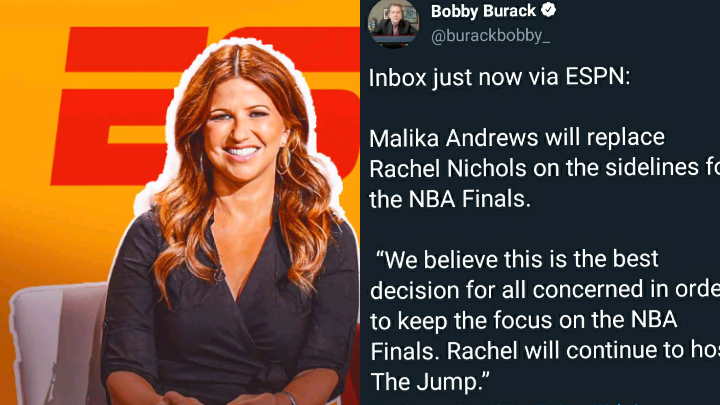 Nichols was the sideline reporter in the Orlando bubble for last season’s NBA Finals. She replaced Doris Burke last year after Burke had spent 11 years covering the Finals from the sideline. 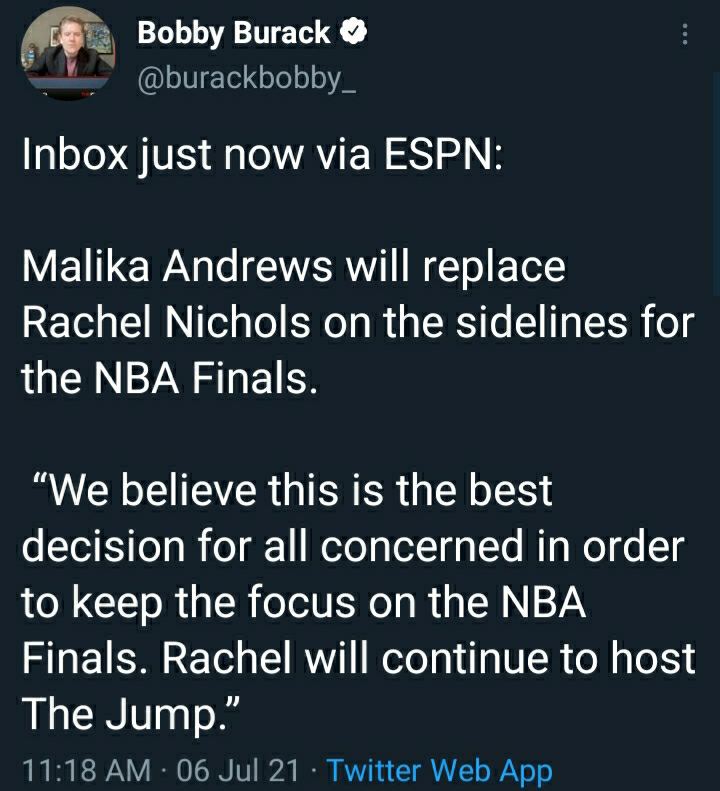 The replacement came after Nichols’ dig at colleague Maria Taylor surfaced in a New York Times story over the weekend. Taylor will be the pregame and halftime host for the NBA Finals on “NBA Countdown” alongside Jalen Rose and Jay Williams.

“We believe this is best decision for all concerned in order to keep the focus on the NBA Finals. Rachel will continue to host The Jump,” ESPN